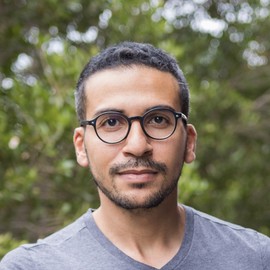 Mohamed Sarwat is an assistant professor of computer science at Arizona State University. Dr. Sarwat is a recipient of the 2019 National Science Foundation CAREER award. His general research interest lies in developing robust and scalable data systems for spatial and spatiotemporal applications. The outcome of his research has been recognized by two best research paper awards in the IEEE International Conference on Mobile Data Management (MDM 2015) and the International Symposium on Spatial and Temporal Databases (SSTD 2011), a best of conference citation in the IEEE International Conference on Data Engineering (ICDE 2012) as well as a best vision paper award (3rd place) in SSTD 2017. Besides impact through scientific publications, Mohamed is also the co-architect of several software artifacts, which include GeoSpark (a scalable system for processing big geospatial data) that is being used by major tech companies. Dr. Sarwat spent the summers of 2011 and 2012 at NEC laboratories and Microsoft Research Redmond, respectively. He is an associate editor for the GeoInformatica journal and has served as an organizer / reviewer / program committee member for major data management and spatial computing venues. In June 2019, Dr. Sarwat has been named an Early Career Distinguished Lecturer by the IEEE Mobile Data Management community.